Presidential candidate Deval Patrick served as Governor of Massachusetts from 2007 to 2015. He was the state’s first black Governor. By the end of his second term, Massachusetts ranked first in the nation in energy efficiency, healthcare coverage, and student achievement. Prior to successfully running a campaign for Massachusetts governor, Patrick graduated from Harvard College and Harvard Law School; served on the NAACP Legal Defense Fund; and led the Civil Rights Division of the U.S. Department of Justice, where he worked on issues like racial profiling, police misconduct, and prisoner abuse. 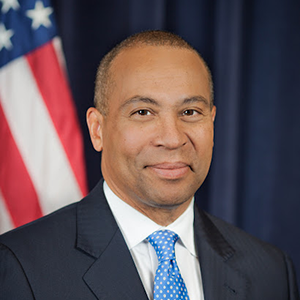