What the House Republican Plan to Cut Pell Grants by $78.5 Billion Means for Students

In March, we showed what it would mean for students if the House Republicans acted on their proposal to eliminate all mandatory Pell Grant funding. Republicans on the House Budget Committee are expected to include this extreme cut in their FY18 Budget this week. In response, we’ve updated our analyses with the latest data from the Department of Education and Congressional Budget Office (CBO). New data show the same grim story: eliminating mandatory funding threatens the existence of the Pell Grant as we know it, putting higher education out of reach for millions of Americans who rely on the grant to attend and complete college.

It’s worth repeating that mandatory funding currently pays for $1,060 of the current maximum Pell Grant (almost one fifth of the $5,920 grant in school year 2017-18), which already covers the lowest share of the cost of attending college in over 40 years. 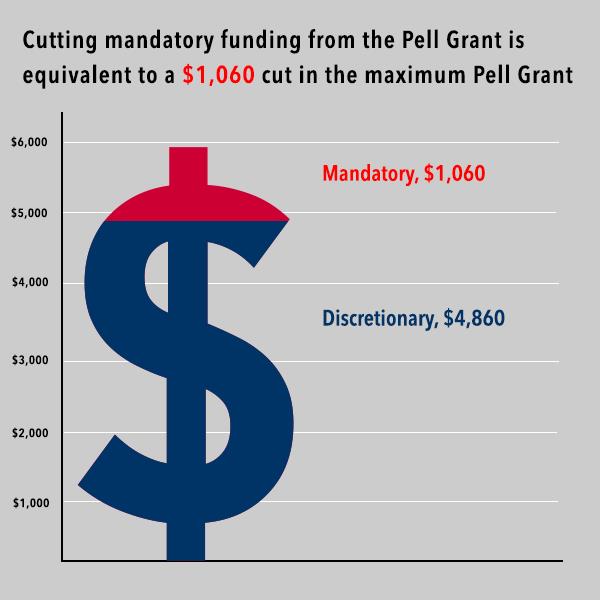 The May FY17 spending agreement already cut $1.3 billion from Pell Grants, and the House FY18 Labor, Health and Human Services, and Education appropriations bill now under consideration includes an additional $3.3 billion cut (a move echoing the President’s own request in the Administration’s FY18 Budget Proposal). Eliminating mandatory funding on top of cutting $4.6 billion from Pell Grants would undermine the program’s current solid fiscal footing, abruptly creating a funding gap that would increase each year and require cuts to grant amounts, recipients or both.

If Congress cuts $3.3 billion from Pell Grants and eliminates the $7.5 billion in mandatory funding for FY18, simultaneous cuts to grant amounts and/or eligibility would be necessary to avoid a $2.9 billion funding gap that would immediately appear. Even if Congress rejects the $3.3 billion cut, eliminating mandatory funds in FY18 would lead to a $7 billion Pell Grant funding gap the next year (FY19). To close that gap, Congress would have to eliminate grants entirely for 1.9 million students or cut all students’ grants by an average of over $900, or both eliminate and cut grant amounts.

This brazen plan to create a funding crisis that could only be resolved by making severe cuts to Pell Grants is a clear assault on low-income students’ access to higher education. Rather than put college and a career further out of reach for millions of Americans, Congress should be safeguarding and investing in Pell Grants.