The House FY2018 budget resolution is expected to advance the President’s proposal to eliminate subsidized Stafford loans that go to students with financial need. With subsidized loans, interest does not accrue while students are in school, for six months after they leave school, during active-duty military service, and for up to three years of unemployment or other economic hardship. The billions of dollars in savings from ending subsidized loans for new students would not be used to make college more affordable. Instead, this proposed rollback would be exacerbated by other dramatic cuts to programs that help students afford college and repay their loans.

Using the most recent CBO interest rate projections (from June 2017), eliminating subsidized loans would cause this student to enter repayment with $3,650 in additional debt due to accrued interest charges. As a result, she would end up paying $4,700 (16%) more over 10 years and $6,600 (16%) more if she repaid over 25 years. 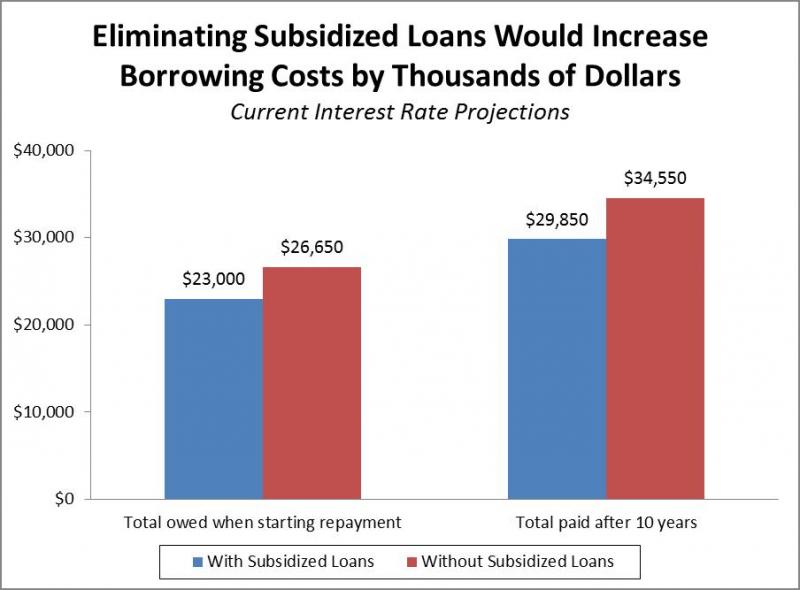 The added costs to students would be even higher if interest rates increase faster than current projections. If the undergraduate Stafford loan interest rate hits the statutory cap of 8.25%, eliminating subsidized loans would cause this student to enter repayment with $5,700 in additional debt due to accrued interest charges. As a result, she would end up paying $8,350 (25%) more over 10 years and $13,450 (25%) more if she repaid over 25 years. 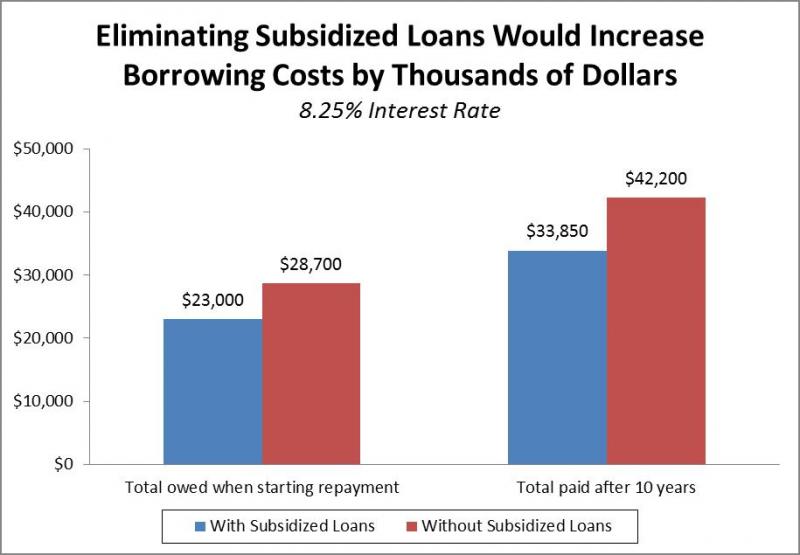 At a time where there is growing public concern about rising student debt and broad consensus on the importance of higher education and postsecondary training to the US economy, we need to be doing more, not less, to keep college within reach for all Americans.  For more information on TICAS’ proposals to streamline and improve federal student loans, see our summary of recommendations and our recent report, Make it Simple, Keep it Fair: A Proposal to Streamline and Improve Income-Driven Repayment of Federal Student Loans.

*January 2018 Note: This figure refers to the 2015-16 award year. The most recent data file from Department of Education also includes information for the 2016-17 year, but the data were released shortly after that award year closed and we have found that student loan volume data tend to get substantially revised after the first and second releases.