Beyond the fact that they’re almost all open-admission institutions, there are more differences than similarities between community colleges and for-profit colleges, including when it comes to student debt. New data released by the U.S. Department of Education in conjunction with the updated College Scorecard show just how different. Three comparisons are below. 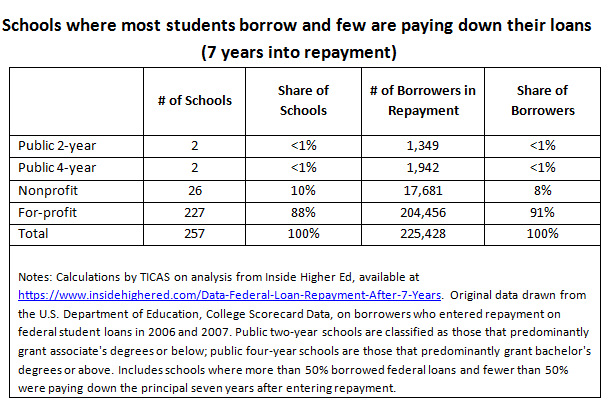 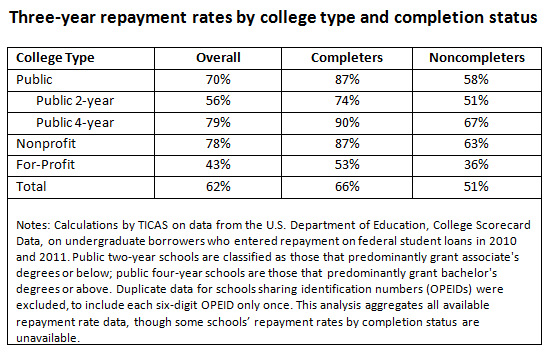 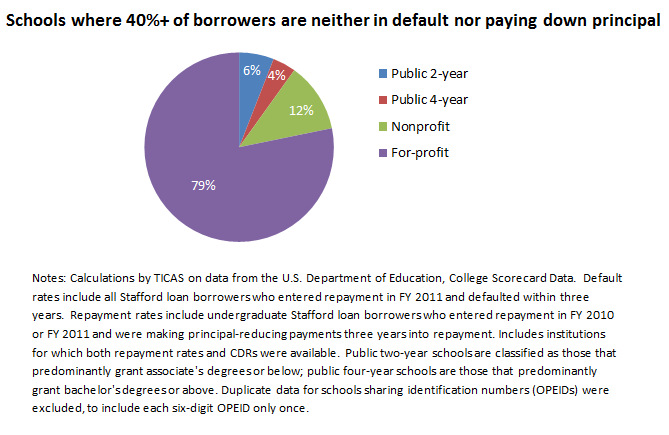 Any college with default and repayment problems of any scale should be focused on better enabling their students to repay their loans. But as the newly available data continue to underscore, for-profit colleges have by far the farthest to go.